I came across this Corratec retro MTB in early 2020. During this time I mainly resided in Budapest, and I had the Marin in my hometown. I didn’t have a proper bike with me all the time, only an extremely rad single speed machine (which will come in a later post).

I saw this beauty listed by a reputable seller—a guy I knew for a long time—and it was quite cheap. The deal was struck quickly, and I was in awe… the bike was fully original, pretty much pristine, and it hasn’t seen much use over the years. It came with a 3×8 XT 737 set, which means the bike is from around 1993-1994 (unfortunately I couldn’t find any Corratec catalogues from these years). Oh, and one more thing, the frame is made out of aluminium… sacrelige!

Alrighty, bike’s here, now what to do with it? Well, first things first, let’s get these worn-out, old rubbers down, and install a set of Big Apples right? Hell yes. What else? Well… How about going 1×9? Oh, and more importantly, ditch that extremely uncomfortable, hideous monstrosity of a handlebar! I quickly ordered some bits, and put the thing together in an afternoon with ease. It really went as smooth as silk, and man, the outcome looked great in my opinion. 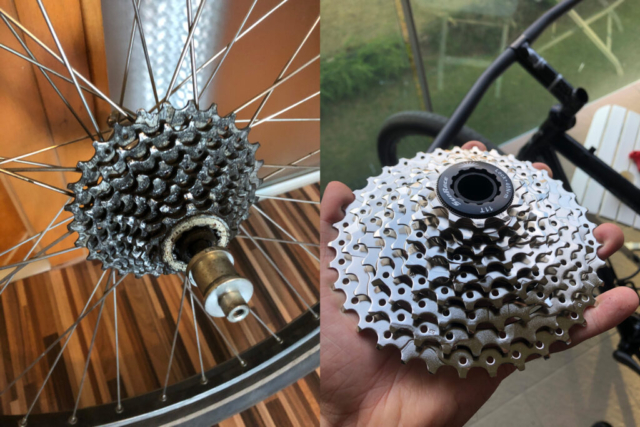 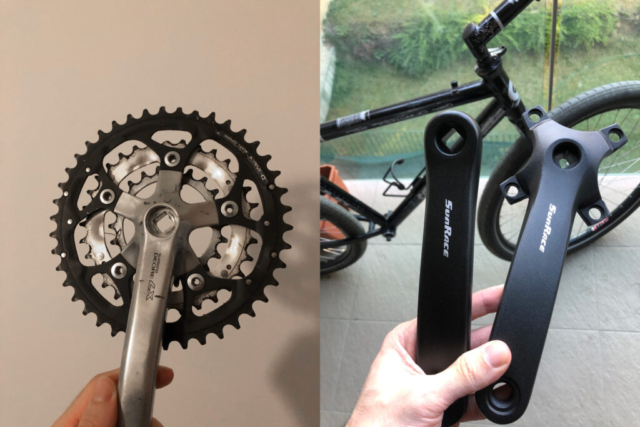 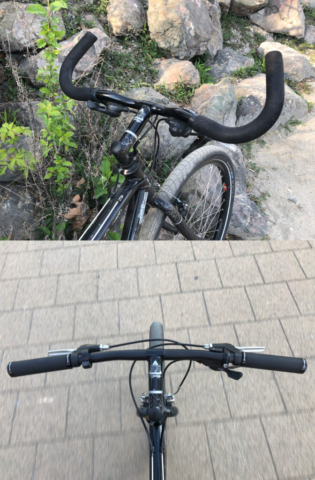 After a short test ride I quickly realized one annoying issue though—the shifting didn’t want to work properly. The 3rd gear was always wonky and jumpy, no matter what. I thought my rear derailleur was the issue, so I bought a Shimano Shadow-system, 9-speed Alivio RD. Unfortunately, the problem was still present. My frustration was immeasurable. There I was, having spent a lot of money on new components, and it wasn’t functioning as it should have. Well, at least the issues didn’t hold me back from riding this bike a lot. I used it more than I used the Marin, even after moving back to my home town. It was so good to have a 26″, wide tyre beast of a machine again. 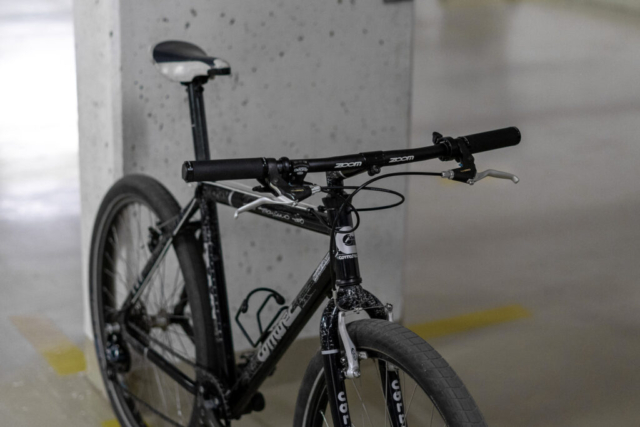 Since 7-speed shifting requires much less precision, and I wasn’t climbing mountains all that regularly, I decided on downgrading to 1×7. I had a 7-speed XT thumbie lying around for a few years now, and this build was fit for such a glorious device. Thankfully SRAM was kind enough to manufacture a 12-32T cassette, which was almost perfect (11T would have been better, but that’s just nitpicking). I tossed on a DX rear deraileur, and it was time for a test ride. The difference in shifting was just off the charts really. Crisp, fast, and issue-free at last! No skipping, no jumpiness, no noise. Time to ride the living hell out of it. 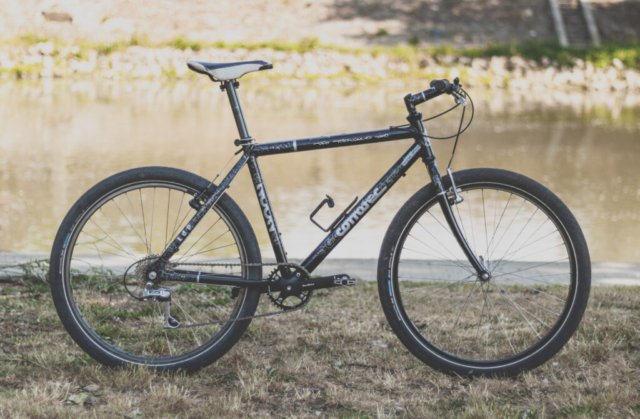 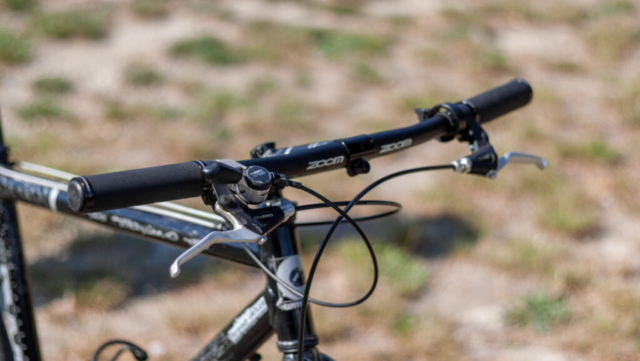 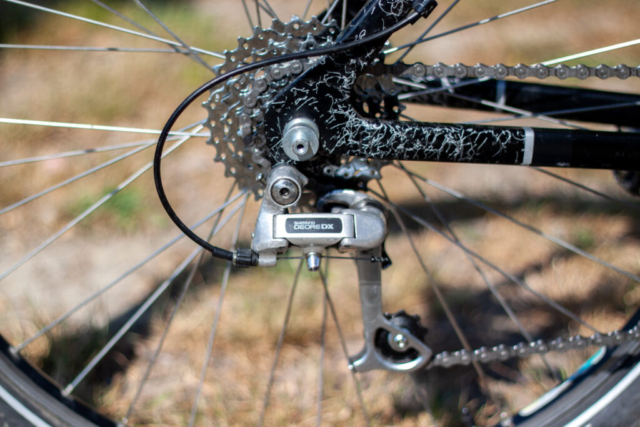 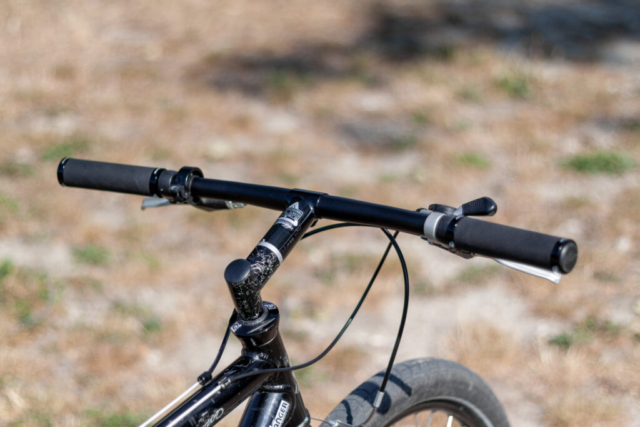 This bike has brought me to many amazing places, but there was one problem with it: there were no conventional rack mounts on it. This meant that longer trips were pretty much out of the question. I could’ve solved this with frame bags and fancy racks that cost twice as much as the full bike, but I instead went down the path of reason: got the nice parts off the Corratec, and put them on a ’93 RockHopper—build story coming soon.

Here’s some pics taken from this very bike’s saddle: 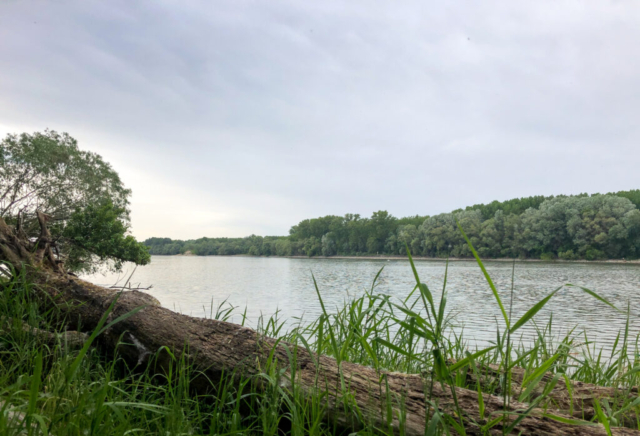 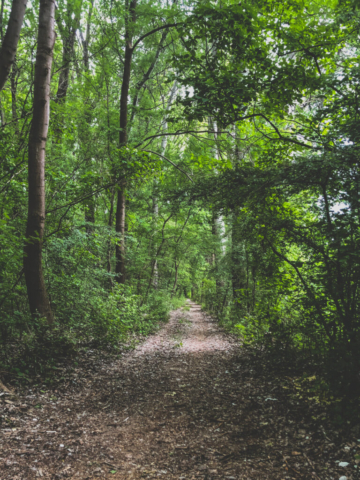 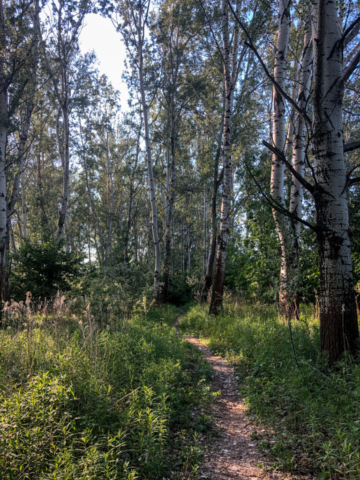