This gravel thingy was so fresh in my country, that I doubt anyone has owned an actual gravel bike in my town. Well, I made one. The outcome was heavy and ugly as sin, but it was mine, and it was one of my longest going, and most educational projects ever. Everyone, meet my Kästle, an 1994 model with an utterly creative name: Trekking.

I went to my LBS approximately weekly, but I’ve never actually bought a bike from them. They sold some pretty good stuff, nice old-school commuting bikes, properly adjusted, well-tailored city and touring bikes. This one has been sitting in front of their shop for a few weeks, and I always thought, well, this won’t be here for too long. One day it was still there, so I went in and bought it. It had the best of the worst, aka. Altus C50, and seemingly a full set of it. Pics were taken almost right after I took it home. Clearly this bike hasn’t seen much use over the years. 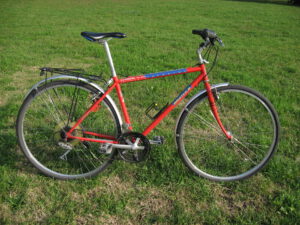 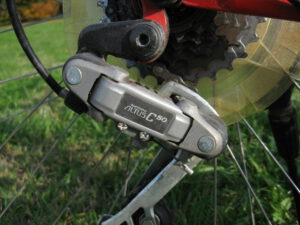 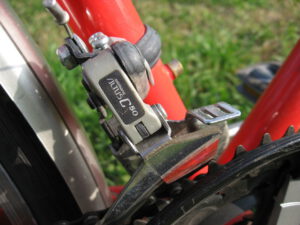 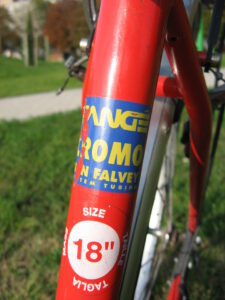 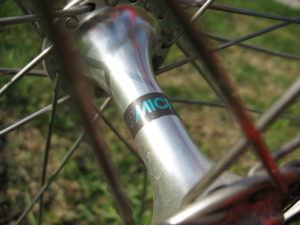 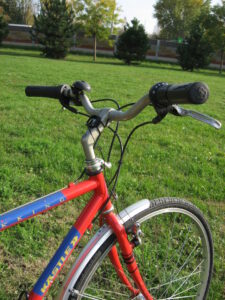 I had no plans with this one, really. It worked. It was a comfortable and very functional commuter, with well-working gears (although I’ve loathed grip shifters). But you know how it is, there’s that little thingy picking your brain and telling you to do some upgrades here and there, and then I realize: oops, I did it again!

The first touch-up included going 1x, and for that I needed some things. Got a Deore LX FC-M563 crankset, a 42T chainring, and a 6 speed thumbie. I ditched the plastic pedals, and got some brutally massive 700x47C Continental TourRide tyres (which unfortunately meant the removal of mudguards, as clearance got rather tight). This setup was pretty good. Was it perfect though? Well, objectively yes, the fit was great, the bike was comfy, functional, and pretty quick when it came to commuting around town. 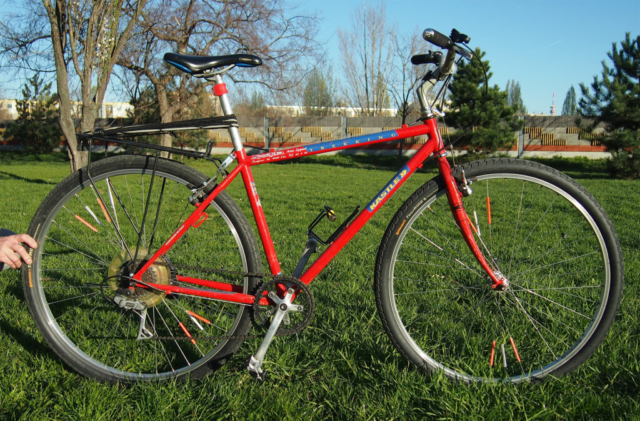 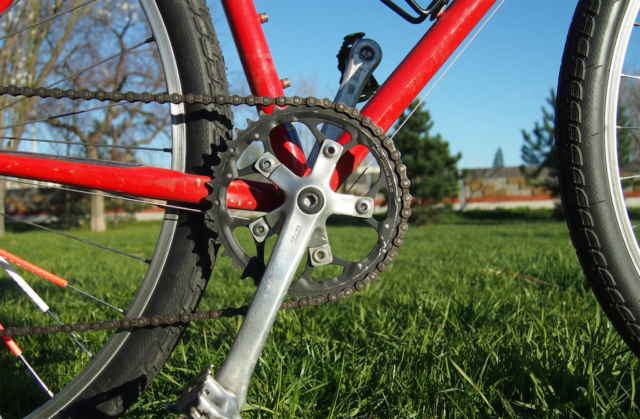 There’s this one little thing though… I’m a sucker for drop bars, and I love putting them on bikes that weren’t at all designed to work with them (most end up working pretty darn good anyways). Some fiddling with the fit, and it can be very comfy in the end. The main problem with drop bars was the shifting. Bar end shifters are basically nonexistent in Hungary, and brifters would usually sell for a lot more than what they really worth. The solution was quite easy: let’s just mount that sucker right on the stem. Aesthetic? No. Easy to access? Not really. Works, and is it free? Yes! I also fancied the idea of having some cross levers on top, and it happened that I still had a set from an old fixieh-skiddah build, so I installed them right away. Then I got a “vintage” Sigma BC 1200 computer from a friend, which I’ve mounted on the stem. Done! 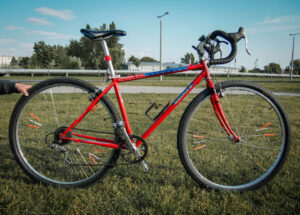 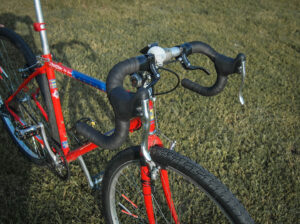 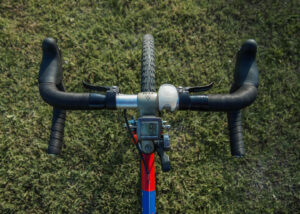 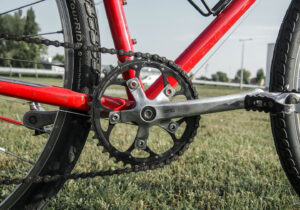 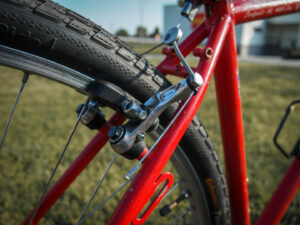 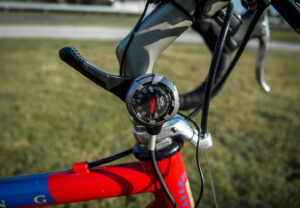 Taking a look back after all these years I would love to slap myself across the face for creating such monstrosity (and for not being able to choose a proper background for my pics). Anyways, I loved this setup. The drops made such a difference, that I wanted to get on this bike a lot more than before. The ugly, functional beast became uglier, less functional, but most importantly a lot more fun than before. And it survived almost 4 months without any changes. Then I got a pair of RSX STIs for real cheap, a 7 speed freewheel and an LX RD-M563 rear derailleur. After installing everything the bike finally became a tad less ugly, not to mention the comfort of shifting without having to move hand positions drastically. 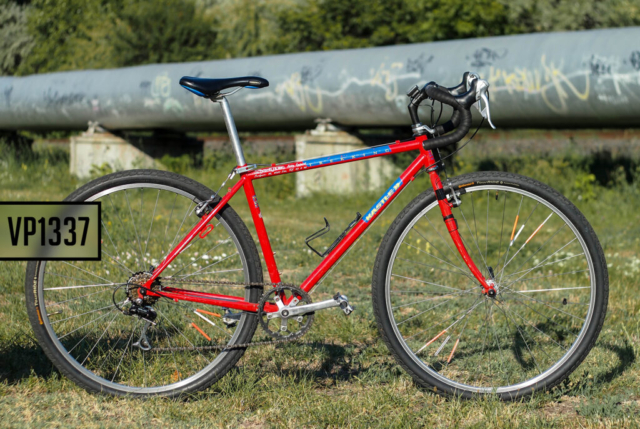 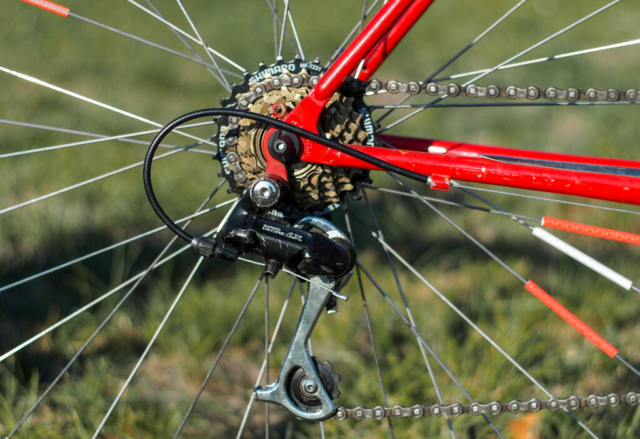 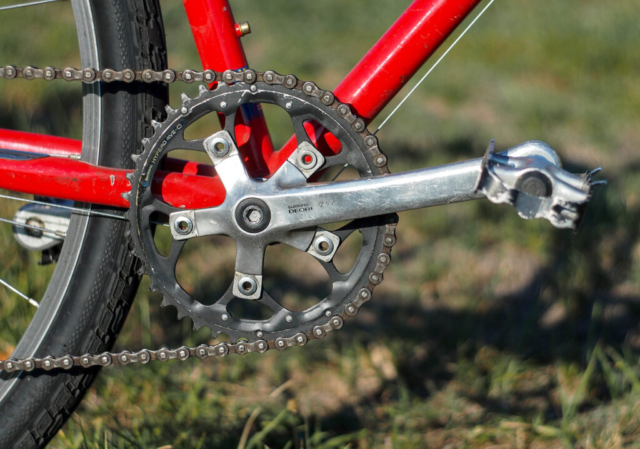 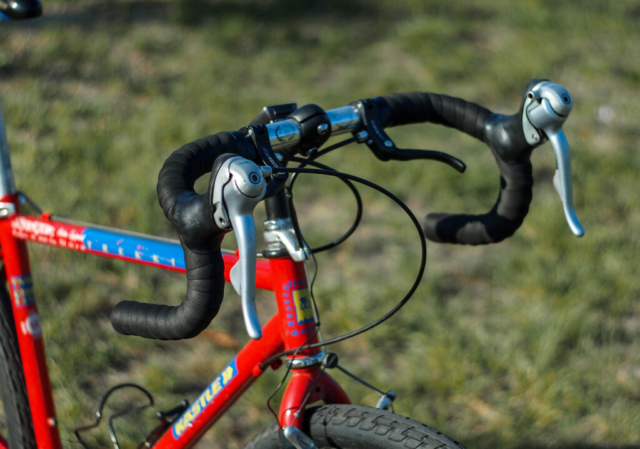 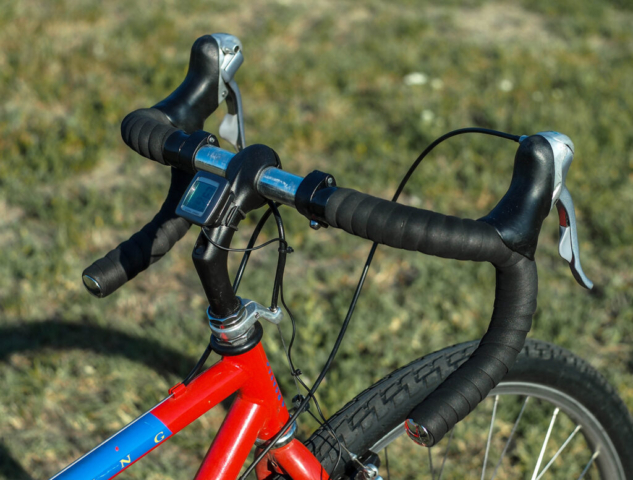 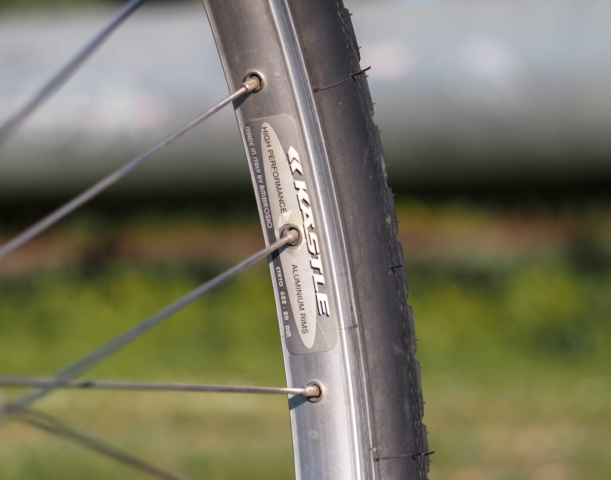 I loved this setup, I really did. There was absolutely no reason to change anything, because it all worked perfectly. There were no chain drops, the tyres didn’t rub into the frame, and the fit was great. Naturally, the voices in my head were screaming: let’s change stuff already, it’s been a year since you upgraded anything! Alrighty then. Ordered a black seatpost to match the stem, got a black LX FC-M563 crankset to match the seatpost, and some Continental SpeedRide tyres in 700x42C, just to make the whole thing a bit (actually a lot) lighter. Oh, and I also got a compact Kalloy UNO handlebar off eBay for cheap. Then it was done. 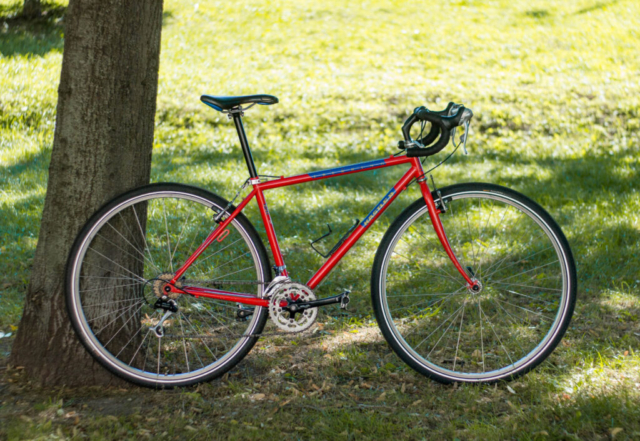 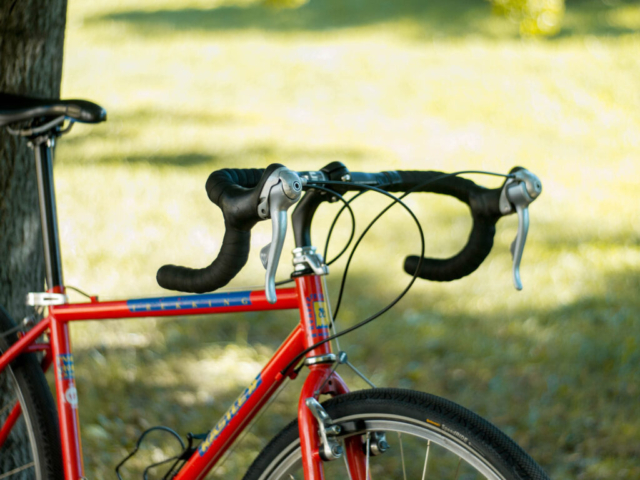 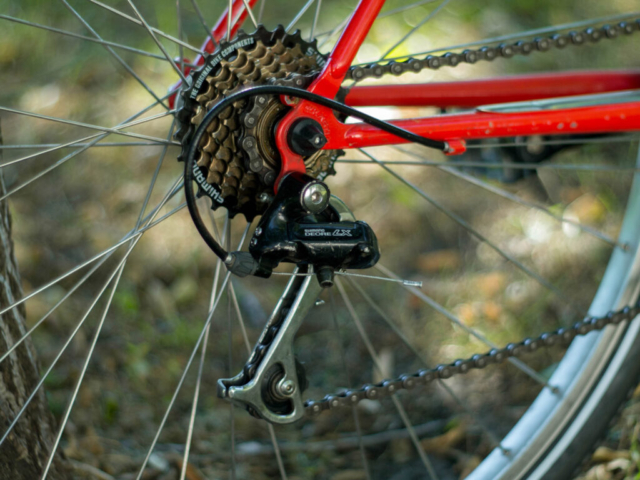 The final iteration of the Kästle Trekking was fantastic in every single aspect. However, I couldn’t justify looking at it, sitting all lonely in the room. Because it was there most of the time. I was neck deep in a ton of stuff (including moving to another city), so it seemed wise to sell it, as I literally didn’t ride it for months. I still curse myself for doing this, and I forever will. However, it found a new home at a really nice guy who actually bikepacks the hell out of it. This is still one of my favourite projects today, and there were quite a few since I’ve sold it.