I could probably write a book about this one. And I’m pretty sure the previous owner (who’s a great friend of mine) could do so as well. But I’ll try to cut it short.

It all started when I saw the listing online. My friend was selling this beauty (you know, it’s relative) and I remembered seeing this one at his place a few times, but I always thought it was way too big for me. Anyways, I popped over to his place, just to make sure. And guess what, it was just the right size. Well, apart from that dreadful 135 mm long stem…

Needless to say I left with the bike between my legs. Aesthetically it wasn’t in a perfect condition, but mechanically it was as sound as it gets. And you wouldn’t believe how light this thing is really, it still never ceases to amaze me. It’s a city bike from 1993 (you can check the catalog here), made of steel, and it’s lighter than most of my previous road bikes. There’s a thing about old Marins that just makes my brain tingle. They’re simple yet elegant. At least this one surely is, with this plain burgundy-silver colour scheme. 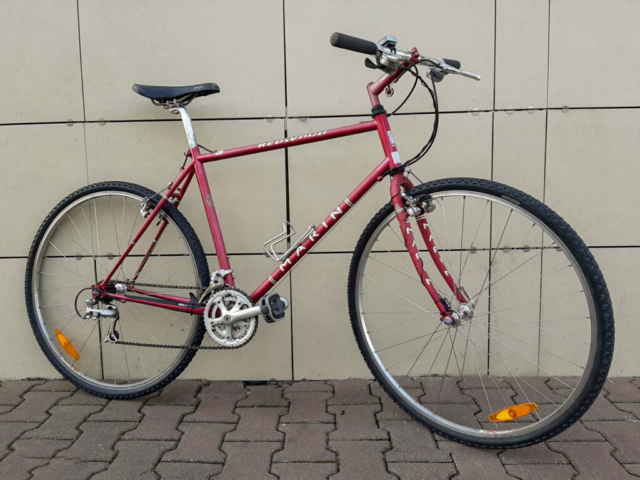 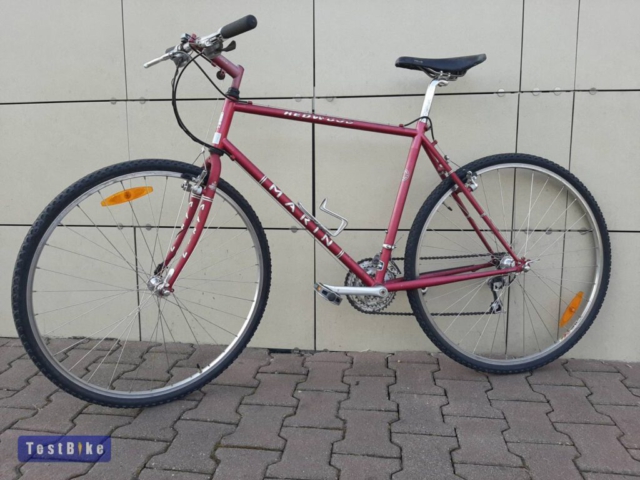 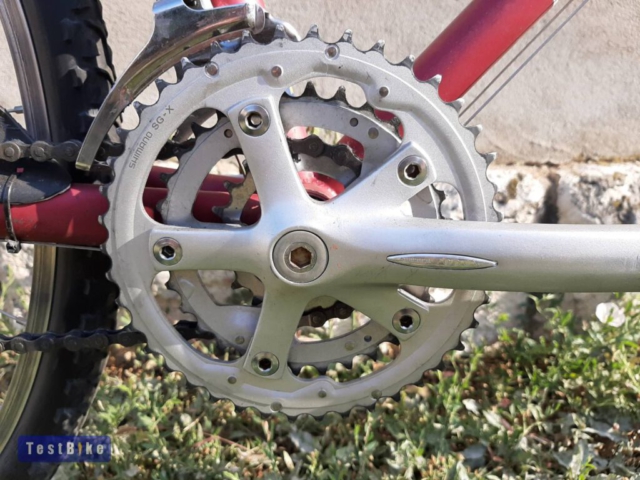 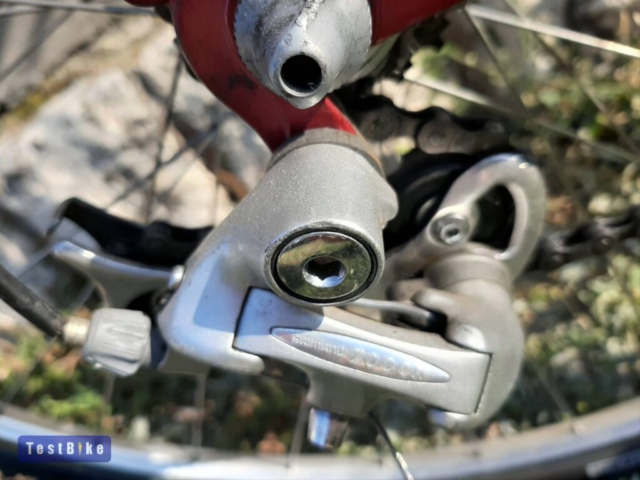 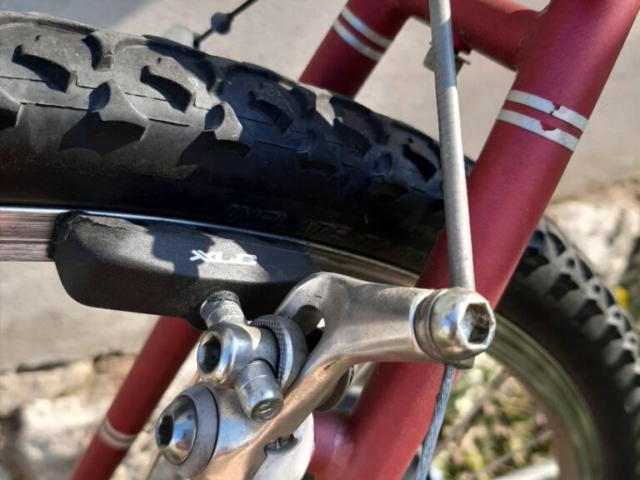 When I got home I started Googling right away, because I didn’t know much about this 700CX groupset. Turns it it was basically the Ultegra of touring groups. It’s damn light for, and works extremely well, I’d say it’s on par with anything XT that I’ve owned of that era.

Now I needed to do something about that hideous monstrosity of a cockpit, and well, me being me, I just pulled the trigger on some cheap road bike parts. Oh, and a set of mini-V brakes. I don’t hate cantis, I’m a lightweight guy and I don’t hillbomb too often, but these 5 EUR/pair Tektros stop me instantaneously, whereas the cantis that I’ve tried (that cost 5 times as much), with brand new Kool-Stop pads, just fail to do this. Cantis act better in deep mud, but I don’t go in mud, easy as that. 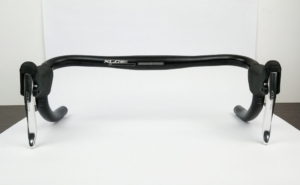 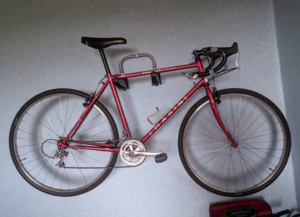 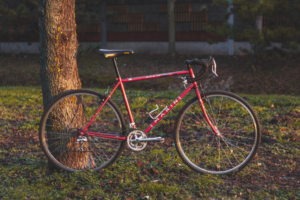 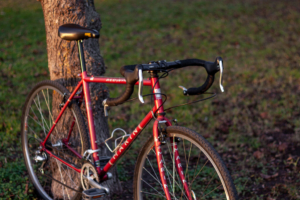 The conversion was silky smooth. The 60 mm stem looks a tad ridiculous with such an insane headtube, but hey, if it works it works. The bike remained in this state for over half a year, without a single adjustment. It was just right. Also, I had a load of other projects to work on, and it was good to have a bike that I can actually ride without any fiddling.

A lot of things happened in a short period of time, and I was left with two bikes only, so it was time to ditch the bar end shifters and get comfy on brifters. I couldn’t find cheap 3×7 Shimano STIs, and I really didn’t want to wait 2 months for a microNEW thingy from AliExpress. Campagnolo was the answer. I got a pair of pristine Veloce brifters for a reasonable price. Post-2001 9-speed Campag shifters work great with 8-speed Shimano gearing. Therefore I needed to get myself a 8 speed cassette, of which I only used 7 cogs. This is due to the cog spacing is different between 7 and 8-speed by a whole 0.2 mm/sprocket. Pitch-perfect shifting could only be achieved this way. I used Hubbub’s method of cabling it all up, then it was ready to go.
Result: absolutely crisp and perfect shifting. And a surprising, but welcome side effect was increased braking power. I guess the Veloce brifters are more stiff than the cheapest-I-could-find road brake levers. 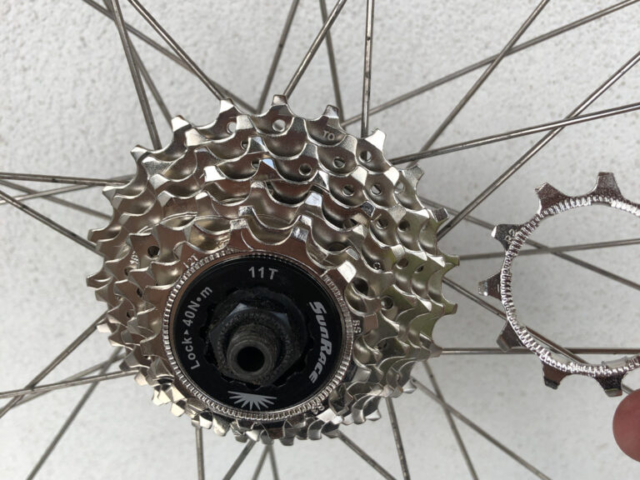 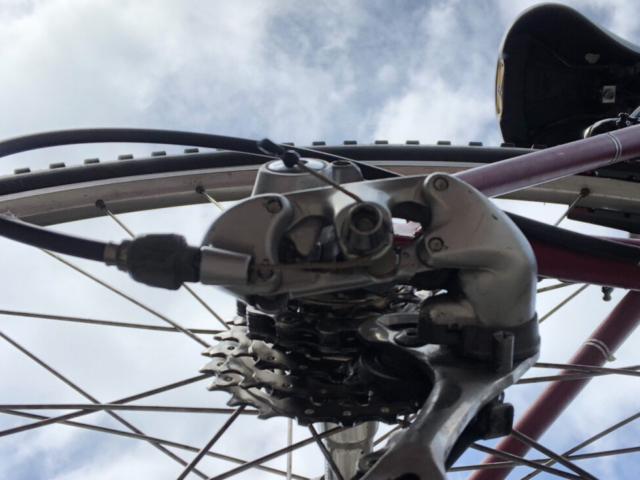 I took this machine for many rides, and it was always a blast. I’m not a good mountainbiker, therefore I don’t do a lot of singletracks, but with this ghetto-gravel-thingy I did, and it was heaps of fun.

And then it was time for moving some 1300 kilometers to northwest. There was just no way of leaving the Marin behind. Thankfully I found a fine gentleman who took the bike directly to our destination, for which I’ll eternally be grateful. I somewhat took it apart, added some protection, stuffed it into a big cardboard box, and it was good to go. 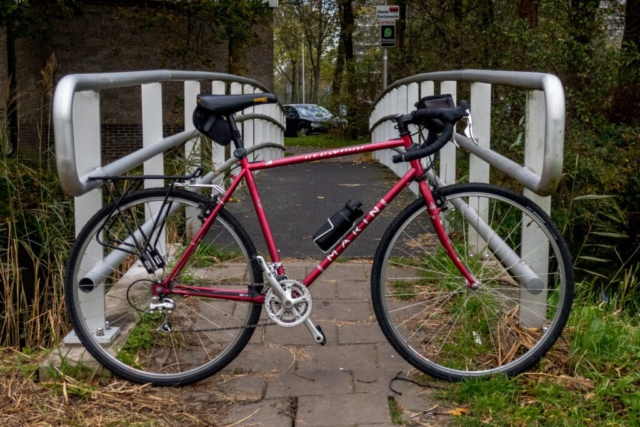 It survived without a scratch, and the whole re-assembling process didn’t take an hour.

And then I thought of something less aggressive, and more relaxed. Searched for a couple days, and found these Ergotec Aerowing II handlebars. I also got an Ergotec Shark 100 mm stem with that.
I managed to snag a pair of XT 735 STIs from my friend I bought the Marin from back in Hungary. I brought this with myself to the Netherlands, along with the old 7-speed cassette that originally came with the bike. It’s still in a great nick today and it’s a lot lighter than the 8-speed one. 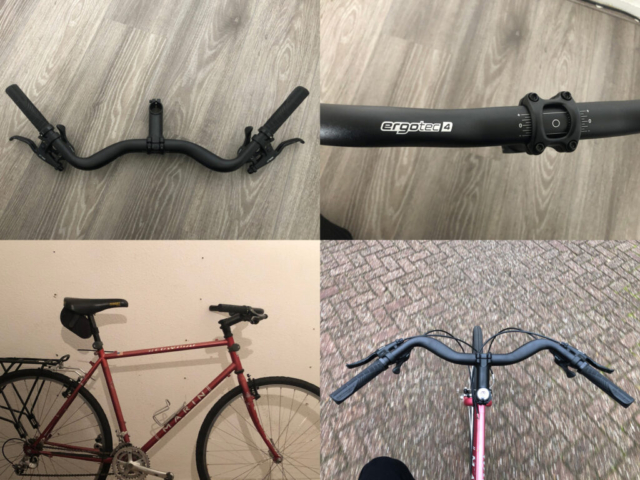 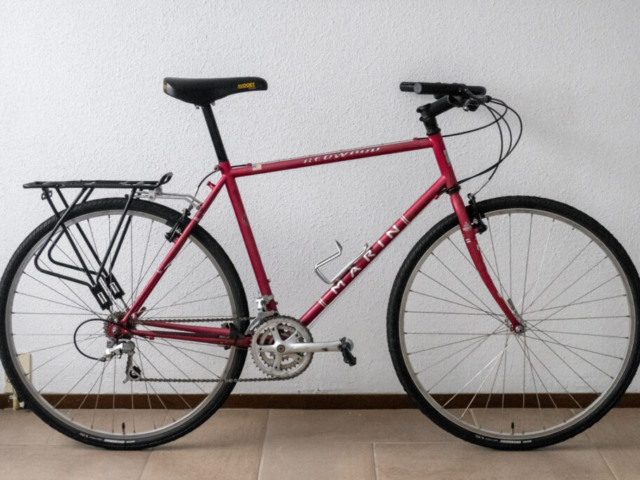 Since the last pics I’ve already removed the rear rack as I don’t use it at the moment. What’s next? Mudguards, for starters. Then riser bars probably. I like the comfy setup, but it’s too… comfy.