Back in the student days my projects worked differently. I usually had to sell a bike in order to build up another. This one started off as a side project to my Kästle, but it quickly became my main form of transportation. I loved the hell out of it.

I’ve lusted for a steel Marin MTB for a long time. One day back in 2017 a guy posted a 1992 Bear Valley SE frameset for rather cheap. 5 minutes after the ad went up the stuff was already reserved for me, and the seller was such a fine gentleman, that he actually delivered it to my place – thanks Józsi!

The frameset came with the original Ritchey headset, Marin Lite seatpost, and some various mixed components in the form of wheels, STX cantis and an MT60 Deore crankset. I didn’t need a lot of things to get it up and running. What I needed was an idea of what to do with all this. And then it hit my head… MONSTERCROSS!

I had this insane looking Shogun quill stem lying around for 1 1/8″ threaded forks (which since took a small trip to Denmark, and now it’s in the stash of Stridsland). I also had some 25.4 road handlebars and various other bits lying around. After a quick mock-up it looked like absolute garbage, but it slapped a huge grin on my face. It’s all coming together! Well, I had to get a longer BB axle, because the cranks would hit the chainstays for sure. 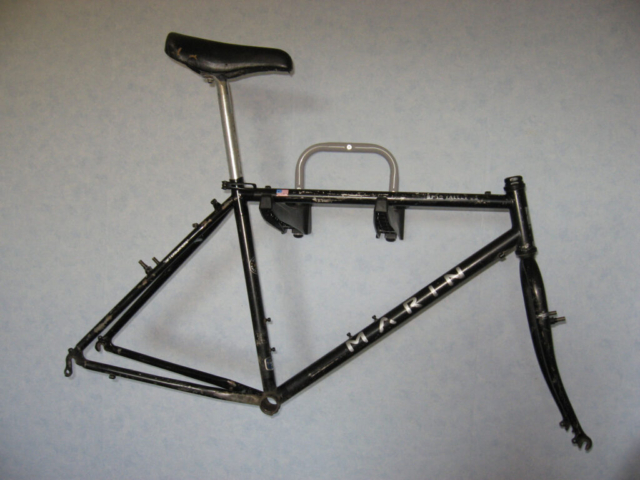 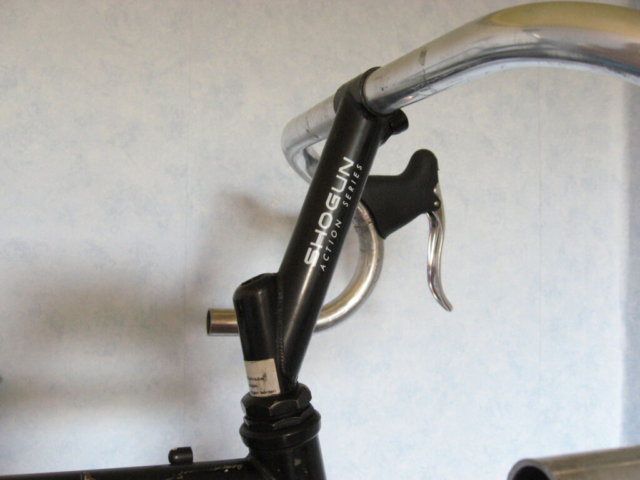 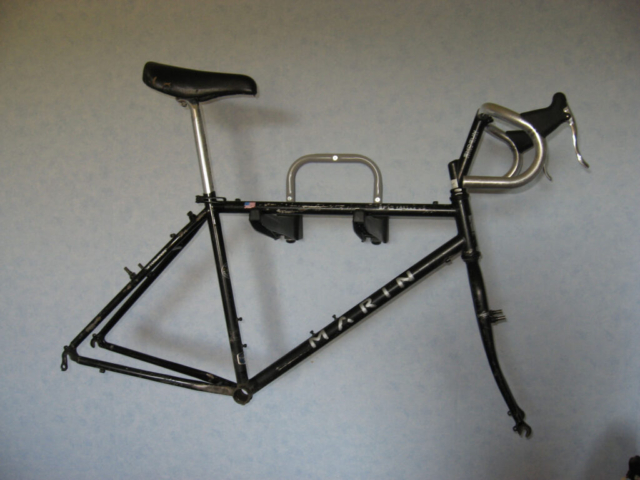 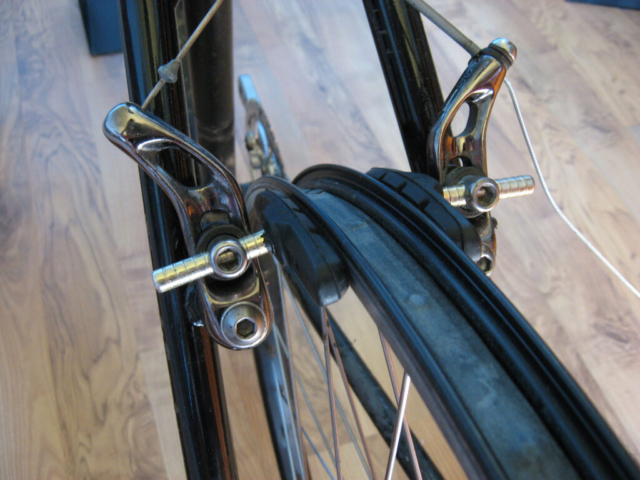 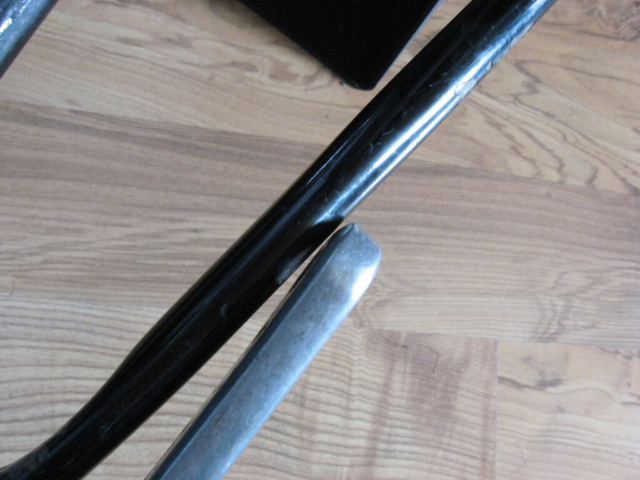 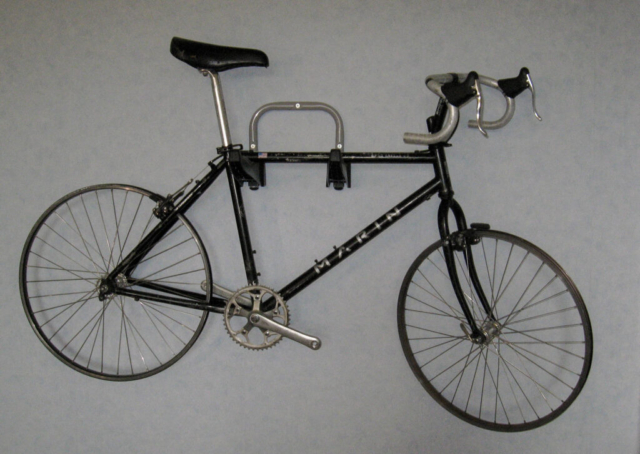 Needed some tyres. I was looking for Maxxis DTHs, but they weren’t available anywhere, so I settled with Schwalbe Big Apples in 26×2.0″. LBS ordered it for me, and upon arrival they showed me that they shrunk down a little, to 16×2.0″ to be exact. After we laughed it off, I went home with a discounted set of Kenda Small Block 8 off-road tyres that were 2.10″ wide. These fit without a hassle (really, one of my easiest tyre mounts ever), and I honestly loved the way they looked.

After the rubber shenanigans I quickly wrapped the bars, installed an LX rear derailleur for chain tensioning (pulled a road brake cable directly into the barrel adjuster, clamped it down, voilà, works), added a chain, tweaked some bits, and the MonsterMarin was born. 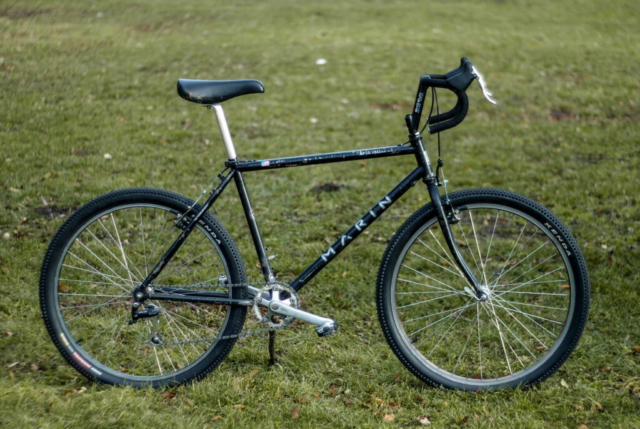 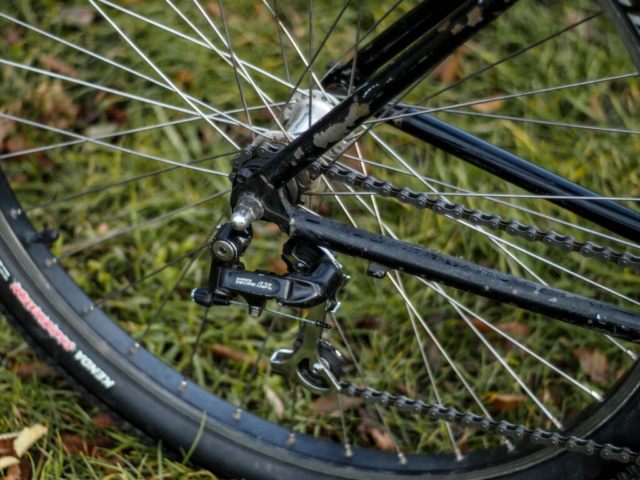 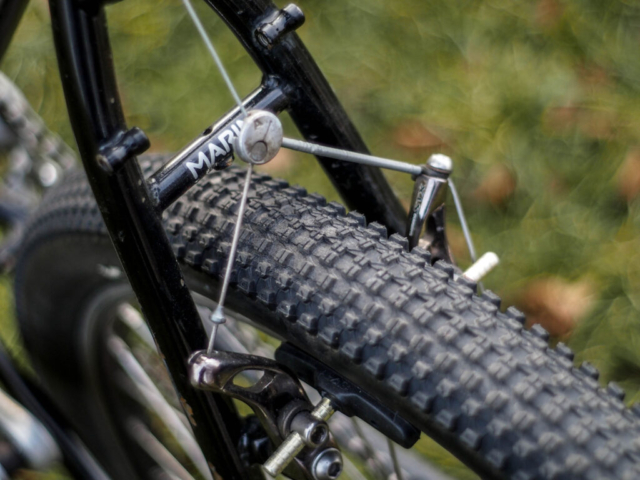 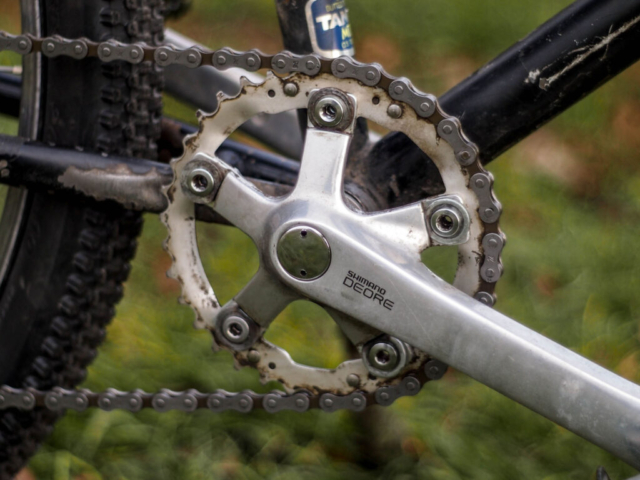 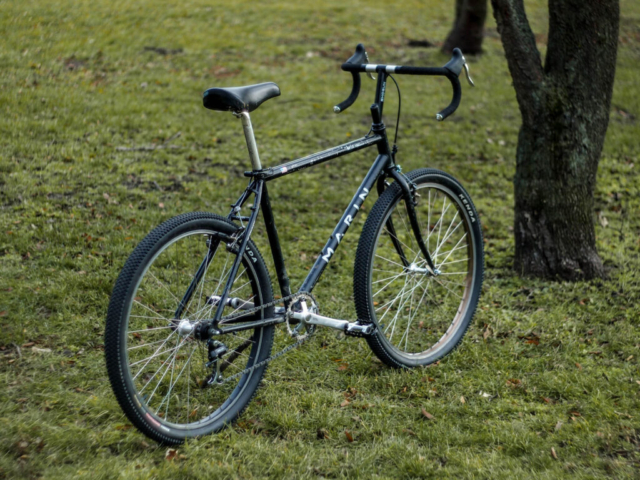 I’ve built many ugly bicycles back in the days (I still do), but this one was by far my most off-putting creation. Anyways, it was pretty fun to ride, but I guess it’s needless to say that the stem was way too high like this, and the bike wasn’t exactly comfortable. Also, steering was as twitchy as you’d imagine. A friend of mine gave me a really nice (I guess nickel-plated) Ahead stem that came off an old Hooger-Booger. I bought some swept-back handlebars and a set of grips, then installed new brake levers, and behold: MonsterMarin 2.0!

The fit was great, the handling was a gazillion times better than with drop bars, and the tyres did a wonderful job when I went off-road. I loved everything about this bike, except for the lack of gears. Given I already had to use a derailleur to tension the chain, I didn’t really mind throwing on a proper cassette. Got a set of LX thumbies and some better brake levers for cheap, installed everything on a snowy afternoon, and went right outside for a test ride. 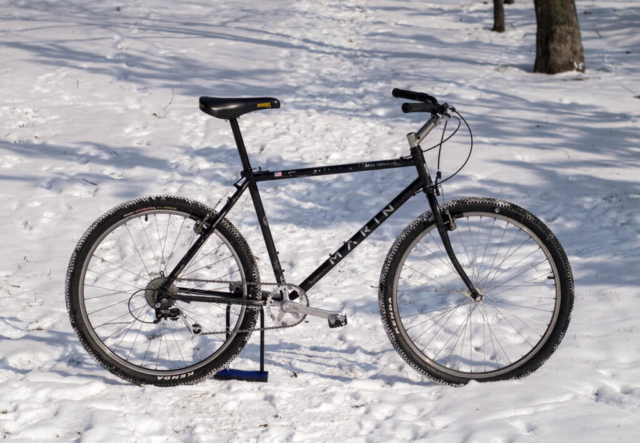 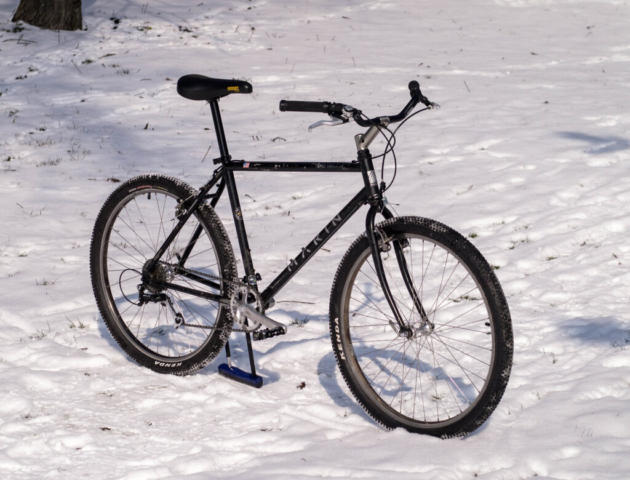 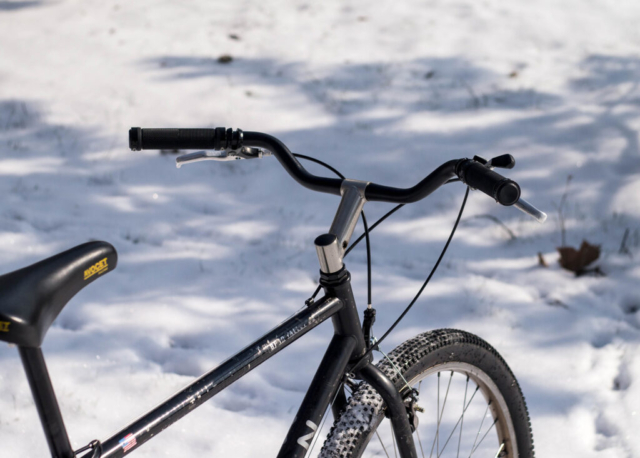 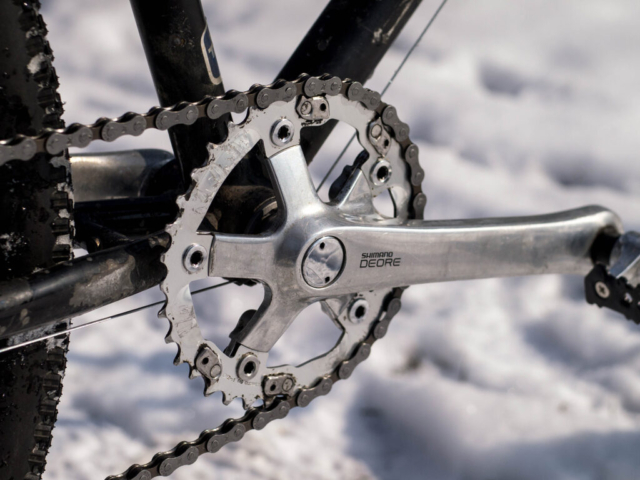 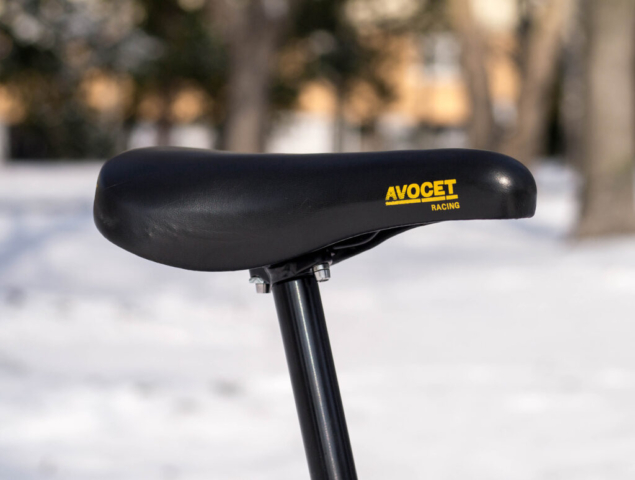 Oh boy, this thing was so much fun in the snow, words can’t even express it. No clutch, no narrow wide chainring, just a ghetto 1×7 setup, that was basically operating on mid-high tier retro MTB stuff. I had a total of 2 chain drops during the lifetime of MonsterMarin, both of which happened during while I was riding with 5 km/h.

A few months later I finally got an actual set of Schwalbe Big Apples, in 26×2.15″ this time. The change was huge, rolling resistance became way lower, and they provided an absolutely plushy ride. Definitely my favourite tyres of all time, albeit I still don’t have experience with a lot of them. 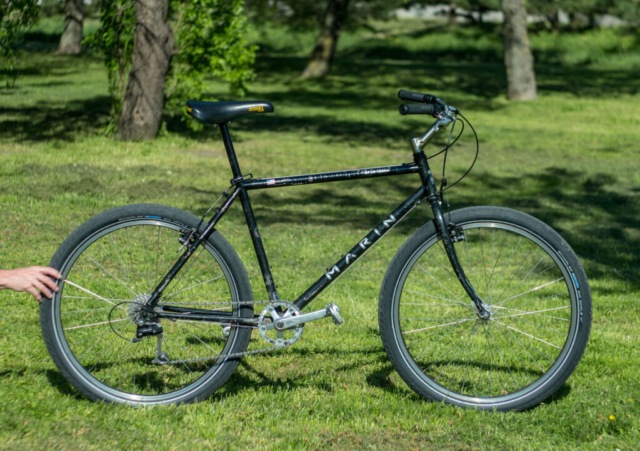 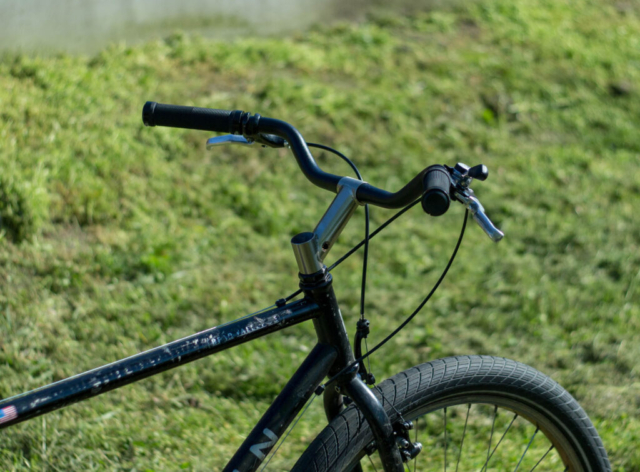 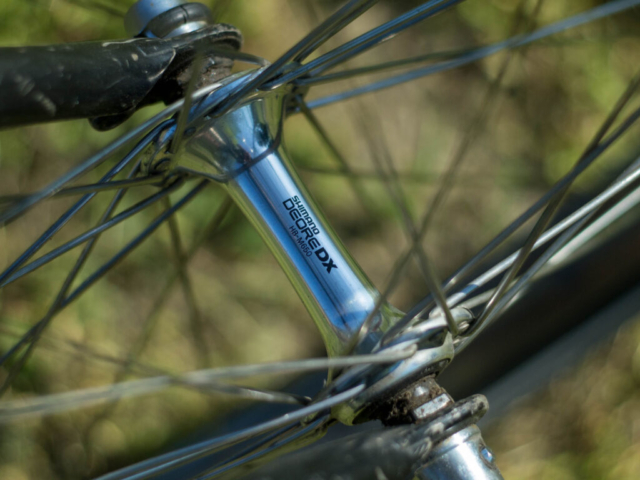 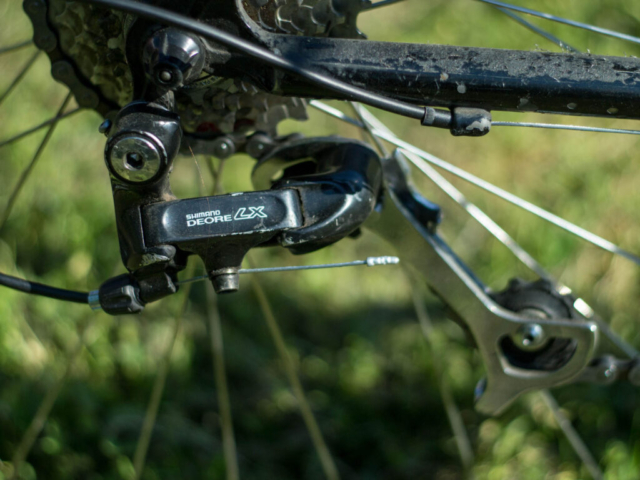 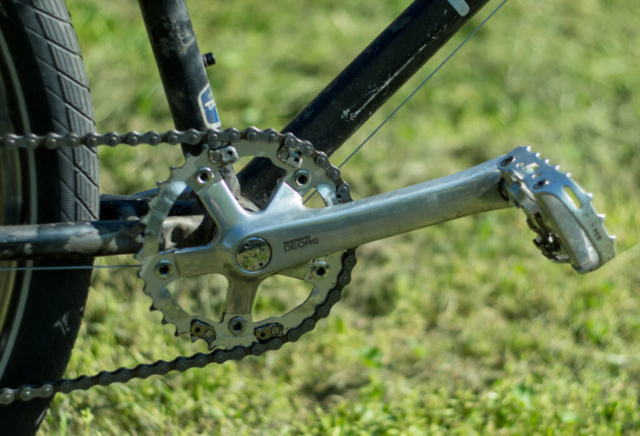 And then it hit. I mean a car, it hit my rear left chainstay. Running a red light, making me fall off the bike and landing on my face and shoulders, leaving a 11 m long skid mark on the road and then telling me he went with 40 km/h and it was still yellow, instead of calling me an ambulance. Whatever, I survived without major injuries and he was found guilty by the police.

So what happened to my beloved MonsterMarin? It went straight to retro MTB heaven. Rear stays got bent, but surprisingly nothing else got damaged on the whole bike besides some minor scruffs on my saddle. I probably could’ve gotten the frame repaired, but it was a really ratty, somewhat rusty, and not at all high-end frame, so instead I gave it away to a local Marin collector for free.

The spirit of this machine lived on however, as I built its components up with a DiamondBack Axis 1992 frame some months later. That story will come soon, stay tuned!